Has the European Space Agency discovered the location of Demeter?  In the Orion Spur series Demeter is the central point for the first three novels that I wrote.  For size I drew from Ceres to model the asteroid.  Trivia:  Ceres is the Roman name for the Greek Demeter.  I also drew from Edgar Rice Burroughs’ Pellucidar to conceptualize the world of Demeter, a world inside a dead rock or asteroid.  Demeter‘s chief defense is that it is located about a light year from each of three stars.  So imagine my interest when I read the headline:  “New Alien Planet Boasts rare triple Suns.”  For the article you can go to

Well, they did not discover Demeter.  Whereas Demeter is an M-Class asteroid 1,000 miles in diameter, the new discovery is of a gas giant.  Demeter is a full light year from the nearest of the three stars with which it is associated, while this discovery has the planet much closer to one sun, actually orbiting it every three days.  So for now, the actual location of Demeter is still a safe secret. 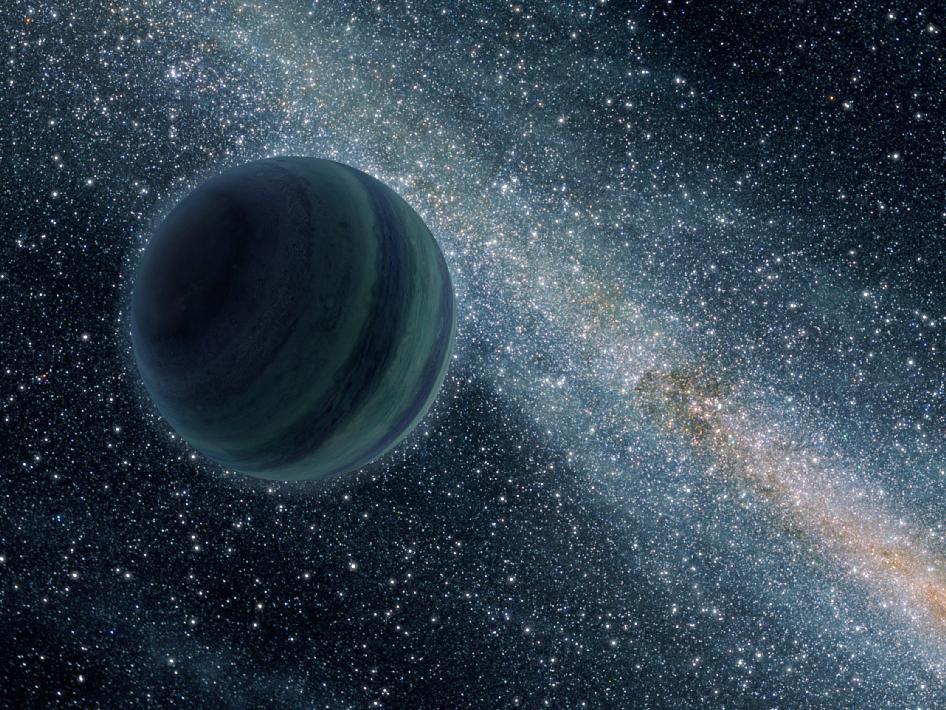 Aloha – The mysterious 9th planet (10th if you count Pluto) has been the subject of science fiction novels, and conjecture at the fringes of science.  Now, however, it is gaining traction in mainstream astronomy.  It is Occhams Razor in the sense that it is the most logical explanation for the counter-gravitational pull on Neptune.  Considering that Planet 9 has yet to be discovered and lies somewhere in the Kuiper Belt … making it a kuiperoid the actual direct impact of this draw is not so much visual as mathematical in nature.  This is another evidence of the need for better STEM preparation if you’re planning on a career in astrophysics :o).

Will this be the life supporting alien planet of long-ago science fiction?  Probably not.  Ten years ago I would have said it couldn’t be anything other than a large mass (rock or gas).  Now with the discoveries on Mars, the moons of Jupiter, and even Pluto; who knows what lies in the heart of Planet 9.

Aloha – I have often felt that I am one of the less important characters in a Dr. Seuss adventure.  This realization occurred a few years ago when my youngest daughter (upon which Debbie Ryder’s character is based) joined a Polynesian choir.  I thought it ironic that my blond, blue-eyed daughter was in a Polynesian choir, but she was having fun so that was enough.

One night she called and asked for a favor.  The choir was doing a fund raiser by cooking what I’ll refer to as Polynesian bento box lunches.  They needed some places with kitchens to cook and prepare the food.  Could a few of them use our kitchen that night?  I said, “Okay.”

Around 10pm the doorbell rang and I answered to three Hawaiians.  I welcomed them in as they moved past me to the kitchen.  So far so good.  Ten minutes later, the doorbell rang again and four Tongans entered the house quickly joining their Hawaiian friends.  The door had hardly closed when again the doorbell rang and three Samoans joined the party barely saying hello.  About this time my daughter arrived with a few more Tongan friends and I retreated to my office.  An hour later 45 Polynesians and my daughter were singing, preparing food, and dancing across the house.  My daughter later explained that all the other kitchen arrangements had fallen through.  I was not surprised.

Years earlier, my daughter asked if she could have a few friends over for a nerf gun war.  That had wound up being 28 high schoolers.

So I was not surprised when my daughter called Saturday, while my wife and I were on our way to a symphony and asked if some of her new in-laws could have Easter Dinner at our house as their apartment was too small.  She promised that she and her husband would do all the cooking.  My wife and I sighed… Sure.

Easter lunch at our home had my in-law counter parts, their children and several of their grandchildren running through in and out of our house.  My wife managed a second Easter Egg hunt, as we had done one with our own family the week before.  They didn’t hold still long enough for me to get a count… 10? 15? 20? a hundred?  I’m not sure.  Nonetheless, much like the Polynesian event, and The Cat in the Hat, when all was done, the house was clean and my wife and I sat down exhausted, but wondering when the next time will be :o)  Doc

A long-long time ago (at least 50 years ago) one of my favorite toys was the white cardboard inserts to keep my dad’s laundered shirts straight.  Once he opened the shirt, the white cardboard was mine.  Better than any Legos set, I designed and cut out my moon colony, and rocket ships.  That was a long time ago, and no one, even NASA seemed interested in replicating my pre-teen fantasies until now.

NASA is back on board with a Moon colony, thanks to a very reasonable $10 billion price tag to set up a permanent colony on the Moon.  Inflatable greenhouses, and harvesting water from the Polar region seem to have given the fantasy of so long ago new life.

It is anticipated for that $10 billion a self-sustaining colony of about a hundred could be planted on the surface and help fuel future missions to more sexy locations like Mars.  The good news is that this ancient guy might even live to see it.  Who knows, maybe they’ll open a senior center up there.  One can always hope.  Doc

Aloha – The enhanced photos just keep coming.  Last week it was Pluto’s flyby, this week Ceres, which still has the Dawn probe circling the asteroid at about 240 miles.  I think NASA had a banner year last year.  The Occator crater on Ceres boast a lighted or reflective dome along with numerous cracks.  If we were looking at Demeter (which used Ceres as a model for the fictional world) I’d have to speculate that it is a primary access point, one of eight channels into the interior.  Here, it looks more like a mall.  The Occator Mall could be to the Solar System what Mall of the Americas is to the U.S. :o).

Aloha – More interesting news about Pluto.  Scientists now believe that there is an ocean deep beneath the frozen surface of the planet? Asteroid? Dwarf Planet?  This news is becoming more and more curious and less and less news.  We now have confidence of oceans, seas, or lakes beneath the surface of at least three moons and one asteroid in the Solar System so it should not be shocking to consider an ocean hidden away in Pluto.

We now have photographic evidence that there may even be periodic running water on Mars.

I’m thinking the Sea of Pellucidar would work for a name, although Edgar Rice Burroughs has the name copyrighted. 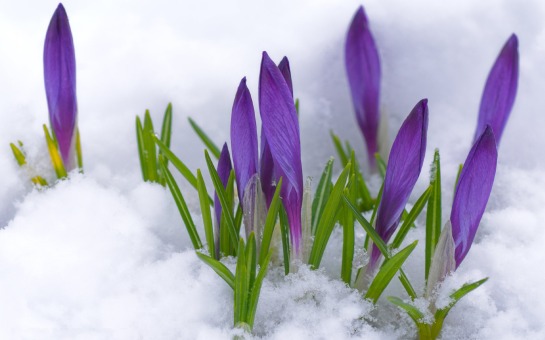 Aloha – In our constant bombardment over global warming doomsaying it is fun to note that we are suffering or celebrating the earliest Spring since 1896 and we can blame, or credit, the Democratic Party for this warming trend.

In 1966, with the Democrats holding a super-majority in the House and Senate, and with LBJ as President of the United States, Congress passed Daylight Savings into law.  Ostensibly this would save billions of dollars in energy costs.  Turns out there was no real truth to that idea either.  But nonetheless, it did lead to the consequence that in 2016 with a Leap Year and early spring they did give us the earliest spring in over a hundred years.  Perhaps this is the real reason for global warming :o)  Doc

Demeter
Create a free website or blog at WordPress.com.