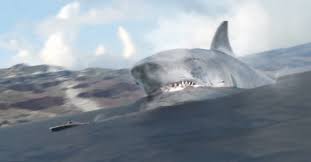 This is the last of a 3 part series about 2018 movies deemed science fiction.  Of course science fiction and fantasy have long been merged on the variety of lists I’ve seen over the years.  In part one we looked at total remakes, in part two we looked at sequels, now we’re looking at original story lines (even if the themes have been used poorly in the past).  It is a pretty disappointing list unless you’re into art films or horror.  Below is the short list that I’ve created with a brief highlight(s) for each:

A Wrinkle in Time – Based on a children’s classic that in some schools was on the required reading list.

Ready Player One – Based on an Ernest Cline novel.  Yet another dystopian story mixing Tron with fantasy.  Steven Spielberg directs.

Rampage – Based on an arcade game.  It does offer Dwayne Johnson, as we get the 1950s B movie approach of a person (in this case an ape) growing to huge proportion then creating havoc in a large city.

Replicas – With Keanu Reeves.  Haven’t we seen this in six other varieties?

Alita:  Battle Angel – All we need is the title to know that this is based on a Japanese manga.

Captive State – Oh-oh, August release date.  Still an interesting premise with John Goodman.  What happens to the Earth 10 years after the alien invasion?  Think V from the TV series.

The Meg – Jason Stratham and a 70-foot shark?  Shouldn’t this be on the SciFy channel as a tongue in cheek horror movie?

The Mortal Engines – Peter Jackson from the Lord of the Rings franchise was a co-writer of the film.  Dystopian future, Mad Max, parable that seems focused on creating An Inconvenient Truth parable.

Nine films.  Some of these may catch on based on the audiences to whom they appeal.  Personally I’m a Dwayne Johnson fan, but not sure if I’ll watch Rampage before it comes out on free video.  The only story lines that really catch my interest are A Wrinkle in Time and Captive State.  I’ll probably see Ready Player One because Spielberg is directing and he knows how to make an entertaining film.  I’m also interested in what Peter Jackson does as a legacy fan from Lord of the Rings.  But I’m prepared to be disappointed.  With that said, here are my predictions on winners and losers (whether I like them or not)

Films that may do all right, but won’t recoup their investment

A Wrinkle in Time

Films that range from losers to embarrassing losers

Overall, it looks to be a disappointing year for original story lines.  Thank goodness for sequels.