Aloha – NASA has a new exhibit you might want to take in if you’re in Maryland or going that way soon.  They have set up a solarium that gives you the sights and sounds of being much, much, much closer to the Sun, sans the heat.  The exhibit is at the Goddard Flight Center in my old haunting grounds in Greenbelt, Maryland.  If you’d like to get a sense of what it would be like the following link will take you to the article and a video representation :o)  Doc 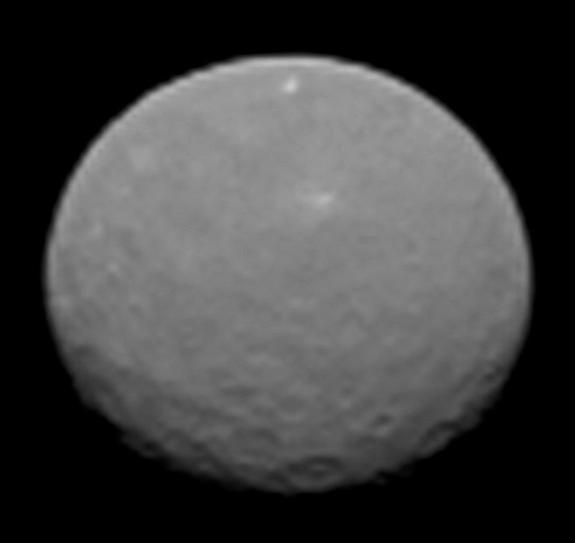 Aloha – 90,000 miles and closing.  Right now the probe that is studying Ceres is closer than the Earth to the Moon by 3x.  I have seen clearer pictures than this one, but this is one of the latest.  From the perspective of Demeter, I could argue that the lights might be from the surface bases surrounding Demeter, but there aren’t enough lights.  I admit that lights from underground cities showing up like the cities of Earth may be far fetched, but wouldn’t that be something to discover cities on Ceres of all places.  I would assume bubble cities if they did exist.  Most likely, it is glacial patches of ice that have formed providing the reflections that we are seeing, but that is still unknown.  We should know at least a little more over the next few days and weeks.  For the most recent news check out the following link

Aloha – I ran across a delightful parody (warning:  it also includes some nice space shots :o)  where NASA employees create their own music video.  My only recommendation if they choose to do one again….. more pictures from space and fewer of employees attempting to put on the dance moves.  The link is below: