Aloha – Yesterday I found an interesting shot of the Earth in the Sun’s shadow so to speak.  Today I add to that, our Sun in comparison to some of the other well known stars.  We seem to be in the minor, minor leagues out here in the Orion Spur.  Look close and you can see the speck that represents Jupiter.  As noted, Earth is so small on this cale that it doesn’t merit a single pixel.  Doc

Aloha – I have had a story bouncing around inside my head for several years now that has been trying to escape.  It is not typical of the story I want to write as I prefer looking at an optimistic future and like the young adult or middle school science fiction genre as my forum.  Global warming fact or fiction?  I was an early skeptic on the whole global warming fad.  After all, the best known spokesperson, Al Gore, is a major energy waster in my opinion.  So credibility sunk before he even spoke.

A couple of years ago I was on a trip with my sweetheart to Banff National Park in Alberta, Canada.  If you have never visited, it remains one of my favorite destinations.  Every direction, every place you stop could be a stand alone postcard of nature and beauty.  Another benefit is that I’m not too worried about Ebola or Malaria or …  One day we chose to drift into Jasper National Park which is just north of Banff.  We drove up to the ice fields on the tri-continental divide.  This is an very interesting place for a very short visit for us novices (and helped set the stage for the ice fields of Demeter in Return to Demeter).  The ice fields were surrounded by glaciers.  To get onto the ice fields you had to travel by an enclosed tractor RV.  The fields were well marked and you had to stay inside the boundaries as there were places you could fall through the ice and fall up to a thousand feet.

My wife observed that the ice fields had been 1200 feet thick when she was a girl, but now they are only 1,000 feet thick and shrinking.  The ranger started his spiel and I was ready to hear another story about how we humans were causing global warming.  Imagine my surprise when he started by telling us that in fact the Earth is going through a normal 35,000 year cycle of global warming.  This is caused by the Earth’s odd long-term orbits around the Sun.  He added that we were approaching the cycle where or orbits were nearest the Sun, and therefore we were approaching the apex of global warming, which would gradually turn to global cooling and another ice age (large or small to be determined).

It was at this point that I realized that global warming is the responsibility of mankind.  We have thumbs. We are inventive.  And by now we should have been smart enough to create a really, really long stick so we could push ourselves a little further away from the Sun.  (Ignore the fact that our stick would burn up if we were to use the Sun itself as our lever.  After all we could use a passing asteroid, or perhaps Venus.

I do not disagree that mankind has the capability of influencing the climate (especially regarding pollution) to some degree.  But, I am not arrogant enough to think that not building oil refineries will eliminate the volcanic ash of the next major volcano eruption.  One of those caused a minor ice age in Europe a few centuries ago.

Anyway, it would make an interesting story to address the two sides of this to an extreme.  Think I’ll start on that later this year.

The New Horizons space probe is on its final six month approach to Pluto.  Something that many people don’t know about.  It has entered the Kuiper Belt.  The Kuiper Belt is much like the asteroid belt between Mars and Jupiter, but much larger and much further out.  It is the range beyond Pluto and is a fairly stable belt of masses such as Pluto, with Pluto being the largest. All told there are estimated to be over 100,000 objects 100km or larger in the belt.  No idea how many smaller objects :o)

In any event, the New Horizons probe is now a mere 135 million miles from Pluto or about 1.5x the distance from the Earth to the Sun.  Another unit of measure, 1.5 AU, with astronomical units being a standard measure of 93 million miles or about 150 million km.

Aloha – 450,000 miles to go at 450 mph.  Glad I don’t have the kids in the back of the mini-probe yelling, “Are we there yet?”  I’ll keep you informed on this particular mission as Ceres (Demeter) was the genesis of the Demeter series, at least for setting.  For the full article: 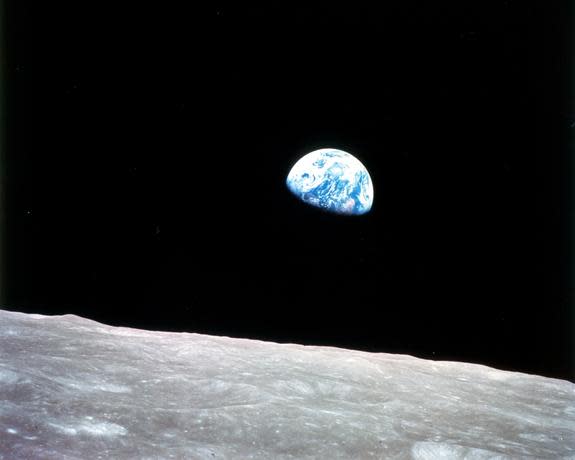 Aloha and Merry Christmas.  I thought this 1968 photo from Apollo 8 on Christmas Eve was a great way to roll out another Christmas.  Hope y’all have a wonderful holiday!  Doc 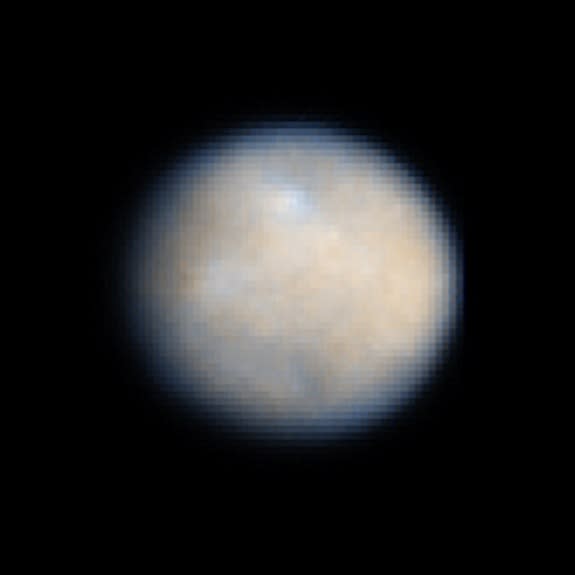 Aloha – This will continue to be an evolving story as the NASA probe, Dawn explores Ceres.  As I mentioned in an earlier story, I formulated the idea of Demeter (the mini-planet or asteroid) from our Solar System’s Ceres.  As Demeter has a barren surface, but a vibrant core with a massive ocean, I find it particularly interesting that Ceres is deemed to be the second largest object holding water in our Solar System, next to Earth.  Perhaps the terra-forming project from Demeter will actually make sense in the case of Ceres (fiction meets fact).

Of course, Demeter is also, in effect, a geode or an asteroid that is a mineral rich rock that is hollow in the center.  I’m not sure if Ceres fits that bill, but perhaps we’ll find out in the next few months.  I’ll keep you apprised.  For the rest of the news story: 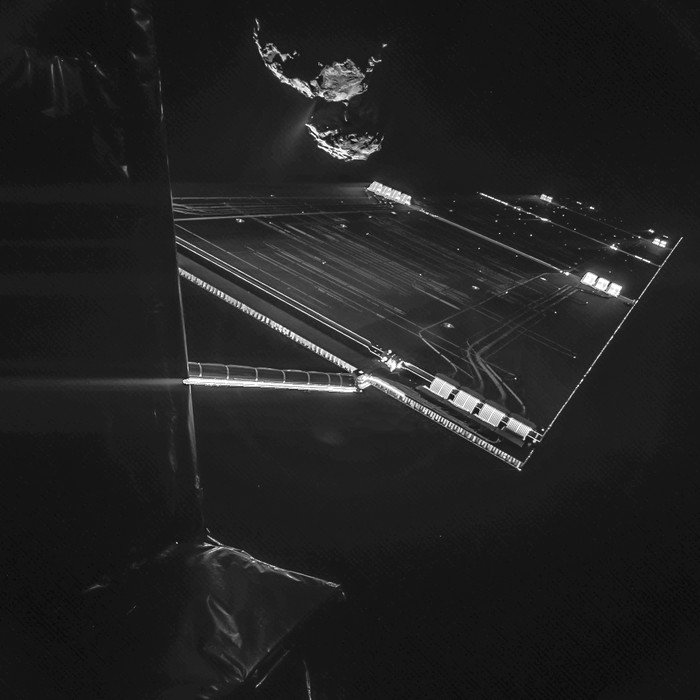 Aloha – Lots of news in astronomy this week.  Scientists are still talking about the revelations from the Rosetta mission.  Big lingering news that comets may not have been the source of water for Earth.  I find it a little disturbing to draw that broad a conclusion based on landing on one comet.

Methane gas on Mars is leading to more and more evidence that Mars at one time supported life in some form.  Perhaps Tars Tarkas was real afterall.  No signs of John Carter however.

For more on the serious side of things enjoy the article in its entirety.