Aloha – This was a fun graphic I ran across today, showing how fast a rocket would have to go to escape the gravitational pull of the respective planets in the Solar System.  Mars doesn’t look to bad compared to Earth thank goodness.  I’m still looking forward to visting Barsoom and it would be nice to hope to get home.

Meanwhile, although Jupiter shows an almost unimaginable speed and thrust requirement.  I find the prospect of landing on the planet surface of any of the gas giants to be problematic.  A better graphic would have been to look at the trust and speed required to get of the Moon, and Moons of respective planets in the Solar System.  There are several good prospects for life, including frozen and even liquid water on some of those moons.

Mars may still be possible in my lifetime, but some of the others I do not anticipate as viable in this century.

Aloha – the true greatest power of the Earth is shifting.  The magnetic field that surrounds the Earth and protects us from Solar radiation and other nasties is changing address.  It is surprising that the End of the World fearmongers haven’t hit on this one more dramatically yet, as it will temporarily weaken the field that surrounds various parts of the Earth.  Some scientists believe that is may have been a course for one or more than one mass extinction event.  Perhaps the problem is that Goreites haven’t figure out how to blame mankind for this yet.

The polarity of the Earth has changed many times over the eons and typically occurs every hundred thousand to one million years.  We’ve even had one mini-reversal that resulted or was tied to the mini-ice age a few hundred years ago.

Is this a call for the Avengers or Superman?  It is much like saying we are responsible for and need to control the ebbs and flows of tides.  A typical transition takes 100 to 1,000 years to complete.  It might be a good time for a rather lengthy visit to Barsoom.

Aloha – In the outer reaches of the Kuiper Belt of our Solar System lies a dwarf planet, the seventh discovered in our Solar System.  It is so far removed that it hasn’t even been given a formal name, but is often referred to as Snow White in reference to it being the 7th dwarf (who says NASA doesn’t have a sense of humor).

As close as I can decipher, the seventh Dwarf was Happy.  But it seems that Sleepy may be more appropriate in this case.

The latest news is that astronomers are upsizing their discovery to nearly 1,000 miles in diameter, matching Ceres.

The planetoid appears to be covered in ice, most likely frozen methane, carbon monoxide and nitrogen.  It probably won’t be high on our sightseeing tours anytime soon, especially as the best we can do for a destination banner is OR-10.

5,000 planets discovered to date, with 3200 of those bodies verified as planets.  Seems like a lot, but consider that today NASA announced 1284 of those discoveries.  Okay that’s a start in a very small sector of our galaxy.  But then we have to begin culling those numbers.

Of 1284 planets announced today, 550 are of the rocky variety.  Not to say some sort of lifeform could not exist on Neptune or Jupiter, but if it does it will be so different than what we perceive as life that we may not even know that it is a lifeform.  So when looking for planets to support lifeforms or a new galactic manifest destiny we’re pretty much limited to the rocky variety of planets.

Next, again considering our own type of lifeforms we need the planet to be in what is referred to as the goldilocks zone, where it is neither too hot nor too cold.  That really does a number on the prospects.  As of yesterday there were only 12 planets identified to be in the habitable zone, today the number has nearly doubled to 21.

Will we find extra-terrestrial life?  Almost certainly.  However, the question of extra-terrestrial civilizations will be more of a challenge.  I believe it is likely that we will find some sort of microbial lifeforms within our own solar system.  We may even find archeological evidence of an ancient civilization on Mars.  Who knows, maybe we all started out as Martians eons ago when Mars had an atmosphere that could sustain life forms as we know them.

Next generation astronomical technology is coming soon.  One of the missions of the next generation telescopes is scout not just for planets but for signs of life as well.  Something to look forward to :o) 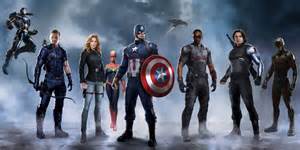 Aloha – Okay, Marvel’s Avengers Civil War is out and the yeahs have the nays about whether or not it is a great addition to the Marvel universe, but really, there are a lot better Civil War stories than this:

Number 9 – Gone with the Wind

Aloha – I’m closing in on the end of another editing cycle (the Orion’s Spur series will be going to print so you can choose between e-book and paperback).  It is still surprising the minor errors I run into the fourth time through the book.  In any event I have two stories I’m debating on pursuing.  I’d love your input into which you’d rather see me develop:

So what do you think?  its a small world or Thrice?  Would love your feedback and comments.

Trappist-1 a faint start about 40 light years from Earth (virtually a next door neighbor) may be harboring life on three planets within its system.

Trappist-1 is actually not much larger than Jupiter, but the planets are much closer.  In fact if Trappist-1 did not have star power, they could be moons rather than planets.

Two of the three planets are believe to be in a zone where they could have pockets of some form of life.  Meanwhile the third planet is in the Goldilocks Zone, or the region around a sun that is considered ideal for Earthlike lifeforms to develop.

You would age rapidly on any of the three planets, as a solar year ranges from a couple of days, to possibly 73 days.  Gee, even at a 73 day year, I’d be over 300 years old now.

After being rejected by almost all GOP prospects, Donald Trump has finally received a ‘yes’ to his invitations for a vice presidential running mate in his bid for the Presidency.  Howard the Duck is rumored to have accepted the invitation with a few conditions.

“The Duck and the Donald are a match made in political heaven,” reports political analysts for CNN & Fox.  They provide a powerful one-two punch in the sense of conservative common sense.

In a recently released email, from Hillary’s private email accounts while Secretary of State, she acknowledge that her greatest fear was that Donald and Howard might get together.  “An overpowering combination,” she stated.

Protesters, who protest Donald’s right to exist, are now protesting that Howard is not born in the United States and is ineligible to run.  However, Howard claims to have U.S. citizenship through his mother, and that a Hawaiian birth certificate will be forthcoming.