Aloha – I’m finishing up proofreading on the final book in the Demeter series, and am considering what to write next after spending nearly three years editing the five books.  The options may keep me busy until long after I’m dead:

Option 1 – An adult science fiction novel I’ve been developing for over a year that deals with the intrigue, politics and economics of asteroid mining.  This is front and center at the moment and I’ll probably start some preliminary drafts that I’ll share along the way.  Several of the characters including the protagonist of course are developed in my mind, just need to start moving it to text.  This is currently on the front burner and is more complex than the previous novels intended for middle school to young adult science fiction fans.  Actually, I found Demeter fun to write and I believe fun to read.

Option 2 – A continuation of the Demeter series.  I’ve toyed with this since I started writing Demeter, but it would be to Demeter what Miles Vorkosigan was to Shards of Honor.  Thinking about this one.

Option 3 – I prefer optimism but I’ve had a dystopian novel or perhaps short story in mind since Al Gore invented the Internet.  It ties to the idea of global warming with only two extreme views.  One requires mankind to leave the planet to avoid damaging the planet and leaving it to its pristine glory, while the other side fights vehemently to manage and live on the planet.  This one is probably more of my own political views turned into writing.

Option 4 – Another action yarn, probably three books as I’ve framed it out.  A little older central characters but still younger than Option 1.  Consider it a space action adventure series.  I probably like the protagonist best in this option, and the love interest is such a brat.  But I prefer completing a series before publishing it, which means two years of writing and two years of editing.

Meanwhile there is much to consider in the science of asteroid mining.  I’ve been researching this for three years now, and suddenly it’s got more to read than I have time to read about it.

If you have an opinion on which direction I should go next feel free to comment.

Aloha – This week we launched a couple of intrepid explorers into space.  No, they aren’t headed out of the Solar System or even to the Moon.  They are voluntary guinea pigs to find out what happens to humans who spend extended periods of time in space.  So what are some of the common side-effects of extended off-world excursions?

1. You get taller.  That doesn’t sound so bad?  It’s not unusual to see the spine stretch as much as 3%

2. It turns your muscles to jelly

3. It makes your face puffy (no more opportunities for the cat walk at fashion shows)

4. I’ve read this one multiple times, it thins your bone density about 1% per month.  Ergo, between #2 and this one, if you spend over 12 years in space (round trip to Pluto perhaps?) you come back pretty much an amoeba.

5. It can cause vision problems.  More than the others this one scares me off from a trip to Mars.

If you’d like to read the rest of the list, it is available along with the story at

The first three books in the Demeter series are available this weekend at Amazon for Kindle readers for less than a dollar.  The novels follow the progress of young William Ryder from self-conscious Earthling to strategist to save the dwarf planet, Demeter.  Life isn’t all serious though, he has to cope with his crazy sister Debbie and Cynthia Flores along the way.  Enjoy a fun weekend of reading, Doc 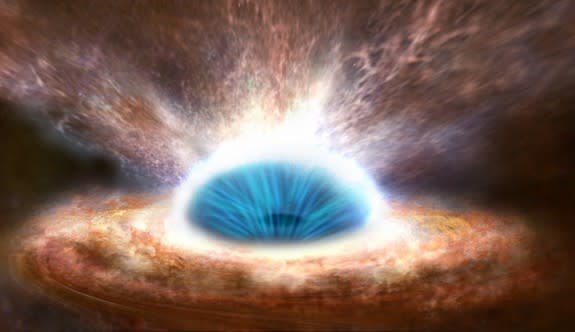 Aloha – Last week I touched on an article about solar sails; this wouldn’t be a situation where I’d want a solar sail space ship.

The Milky Way has a relatively dormant Black Hole at it’s center.  However, other Black Holes can be millions or even billions of times larger and more brilliant than our own Sun.  (Hard for me to imagine the impact on the retina.)  Some of these Black Holes, “known as active galactic nuclei, voraciously devour their surroundings, potentially creating black hole winds.”

The pressure from these phenomenon are so powerful they can flatten matter and push it out in winds gusting at well over 200 million miles per hour.  Ergo, not where I want to be with my sailing spaceship.  (Let’s see, that would make a trip to our Sun in about 25 minutes.)

If you’d like to read the article it is at 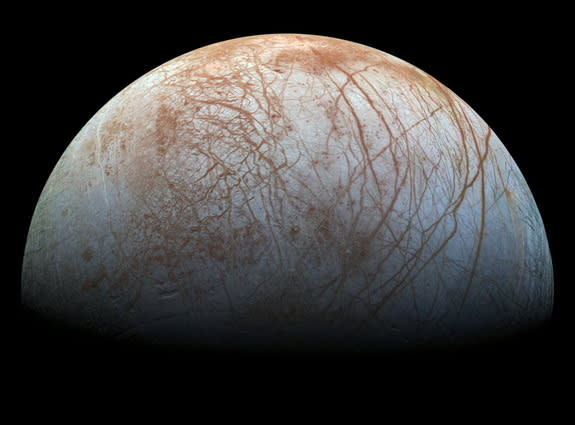 Aloha – Yup, Europa not Europe.  There is a fun twist on this in the Demeter series.  The protagonist and friends are kidnapped or conscripted thinking they are going to the other side of the pond, or Europe from the U.S.  The surprise for them is that instead of a year in Europe, they are going to Demeter, whose Capital is the city tower, Europe.  “Read the fine print.”

Europa on the other hand is a moon of Jupiter.  There has been a fun series being put out by space.com about what it would be like to live on various moons and planets in the Solar System.  This week, the choice is Europa.  They recommend living on the side of the moon that faces the planet offering both a fantastic view and protection from a serious radiation problem.  However, it is bitter cold, with almost no gravity, and therefore no atmosphere.  There is a reasonable amount of sight seeing available, and with .14 Earth normal gravity, everywhere would be a hop, skip and a jump away.  The moon also harbors a massive ocean, but drilling down to it through the ice and rock might be problematic. 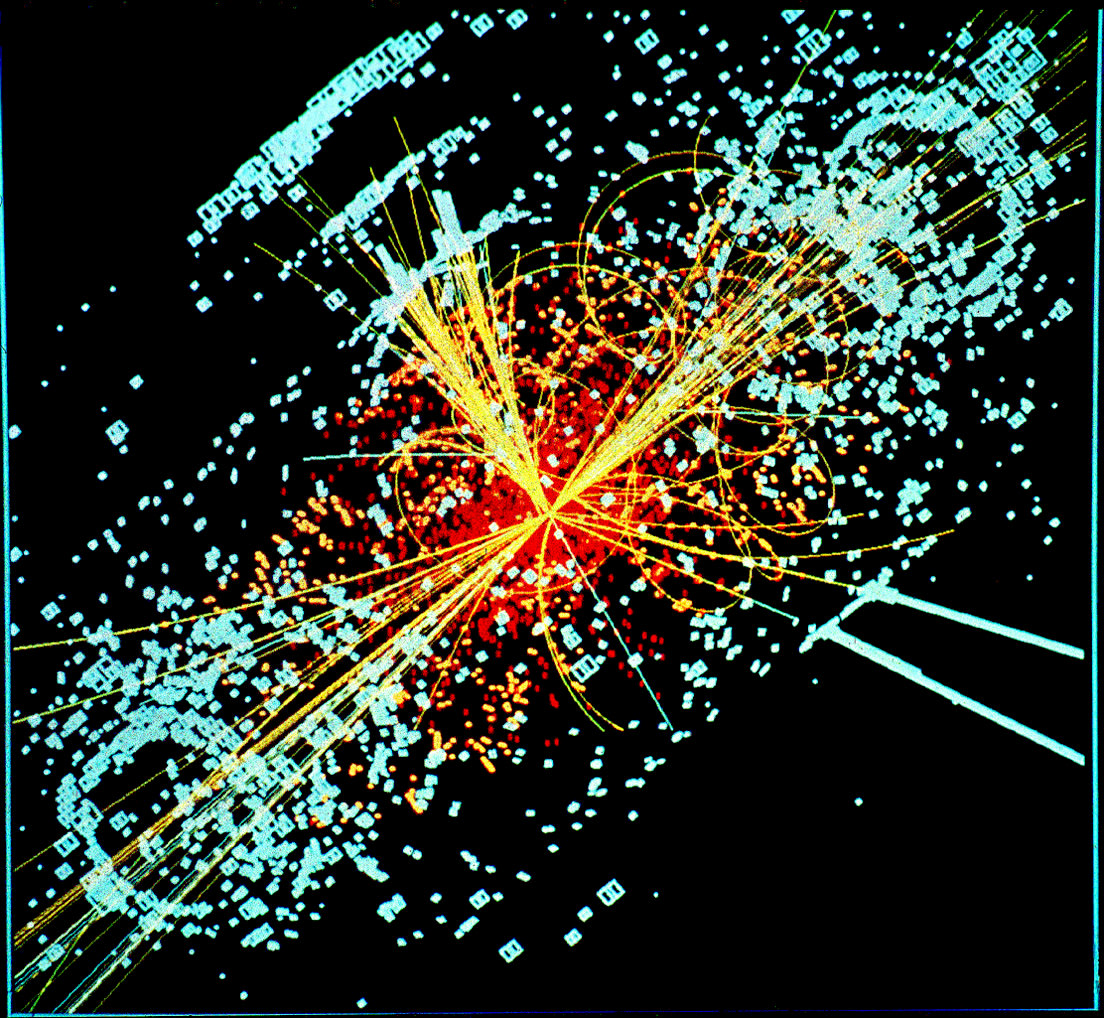 Aloha – Angels and Demons was the first book, published in 2000 by Dan Brown.  This was followed by The Divinchi Code.  When Angels and Demons was made into a movie one of the early plot points was the particle accelerator or Hadron Collider.  The real device has received a Nobel Prize for discovering the God Particle or Higgs Boson.  The accelerator smashes particles and generates heat 100,000 times hotter than the Sun.  Some have feared that the activity might actually destroy the Earth.

After two years of maintenance, scientists are ready to turn on the switch once again.  This time they are after dark matter.  What is it?  How does it work?  It makes up a large portion of our Universe so it would be nice to know what it is.  Of course if the collision destroys the Earth we probably won’t notice.  We should be gone in the blink of an eye.

Aloha – Xeno-biologists versus Creationist?  Perhaps it is because I love science fiction and that ‘what might me’ that I really don’t feel that discovering life outside of Earth’s boundaries would shake my religious convictions.  I have found the recent discussions of possibly discovering microbes or even tiny shrimp in such places as Ceres or Enceladus within our Solar System intriguing.  I had given up hope of finding Heinlein’s intelligent Dragons on Venus, or Burroughs men of Mars.  In recent years I have been convinced by the progress of Martian probes and the discovery that Mars once had a large sea that there may have been life and even a civilization on Mars.  But moving out the the rings of Saturn and the Asteroid Belt I did not have any expectations of finding life.  My own version of the goldilocks range did not anticipate that life could exist that far from the sun without some form of artificial support.

Now that the possibility of finding some form of life is distinctly possible in many of these worlds I’m not sure how I feel about it.  It seems unlikely still that we will find intelligent life as we think of such things.  So the idea of civilizations meeting and becoming friends and developing synergies through their association; or annihilating one another just because of fear of each other is not my concern.  What is the impact of finding microbes within an ocean of a Moon of Saturn?

Okay, I”m not that worried about it.  But it certainly should be interesting to find out over the next few decades.  Some answers I did not expect to learn before my great-great grandchildren die of old age may be revealed before I die… if I live long enough.

An interesting story on this is available at

Demeter
Create a free website or blog at WordPress.com.