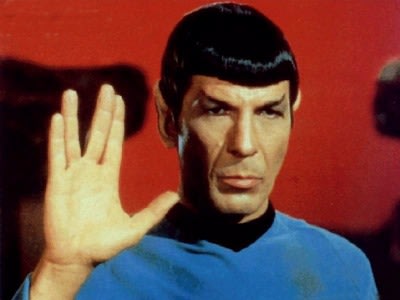 Aloha – This week marks the departure of a science fiction icon, Leonard Nimoy.  His portrayal of Star Trek’s Mr. Spock is classic.  I remember while writing Heliotrope Pinoke’s character of taking her too far down the path of Mr. Spock and avoiding turning her into a logic machine although she does carry some of those elements, there is no question that she has emotion as well as logic.

Nimoy at first resented the type casting that the Spock character wound up limiting his career, but later embraced it.  Other roles for Nimoy of note are limited.  Probably my favorite is when he took on a short term, but important role in the television series, Fringe.

His appearance in the rebooted Star Trek series were great and nostalgic scenes.  I’ll miss his wit even more than his logic.  Doc