Hope for clear skies tonight (not so lucky in the urban Utah area).  With a sliver of a moon it will be a great event.  We connect with Pleides every August and it is a wonder to behold.  I recall sleeping out with friends in the back yard in my pre-teen days, centuries ago.  We did not connect our August sleepover with the Solar System, we just got lucky, watching one to two meteors per minute drop from the heavens until we got tired of watching them.  They’re not done completely tonight, but this is the high water mark.  Enjoy if you get the opportunity.  Doc

Aloha – Tons of surprises at the far end of the Solar System, at least the far end if we think of Pluto as the end.  We of course do have the Kuiper Asteroid and Ice Belt beyond Pluto that is massive.  Probably the biggest surprise (one of many) is the lack of impact craters on Pluto.  It has a relative smooth surface.  Granted, Pluto nor any of its moons (Charon shown with Pluto) are places I’d want a time share, still… plenty of news.  Doc

Aloha – Of late, I’ve been especially interested in the two NASA probes approaching the dwarf planets, Ceres and Pluto.  But I did not want to forget a 10 and a half year old probe that is about to end its journey.

In 2004, NASA launched a probe toward Mercury.  As the journey is a lot shorter than to the edge of the Solar System; it has been able to broadcast data back to the control center for the past four years.  Mercury is much like our Moon in that it always keeps one face pointed at the Sun and one face always dark.  As a result, there is of course a very hot side to Mercury, but also a very cold side as well.  It does hold a lot of ice on the dark side… enough to put a 2 mile thick ice field over Washington, or certainly enough to end the drought in California.

Mercury shows signs of containing organic matter, but the nature of the matter is unknown.  After four years of circling the planet, the probe will end it’s days crashing into Mercury on the toasty side.  Final maneuvers are slated for April 24th when the craft runs out of gas, and will orbit a while longer, until it gets drawn into Mercury for a final landing… at over 8,000 miles per hour.

Mercurians can then come back out of their underground bunkers and enjoy the weather or lack thereof. 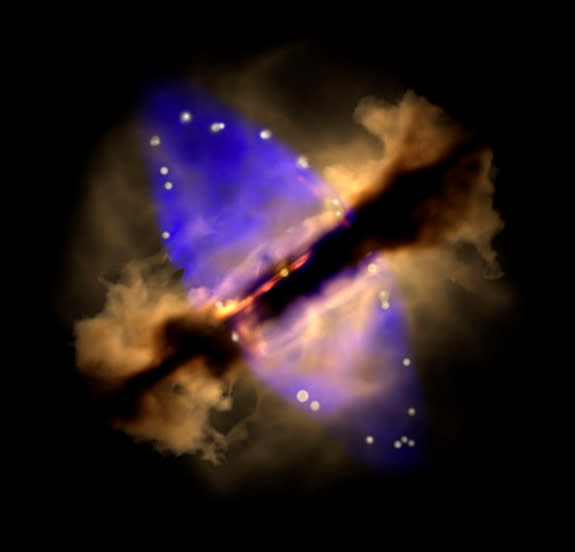 Aloha – Another interesting story today about star formation.  This is not our sun sized stars, but super stars.  If you’d like to get the story on the evolution of such stars, and the challenges astronomers have in studying them enjoy the link  :o)

Aloha – Although not a new concept, solar sails are making headway in the commercial zone.  The story is featured on the link below.  The strength of solar sails is that they continue to accelerate.  One of the weaknesses is that it takes a long time to build any speed.

In the Demeter series, the PerSians augment their power systems with an elaborate system of solar sails.  A good way to pick up speed, and in the PerSian’s case reload their weapons is to fly near a star.  Of course, if you wind up trying to attack a planet that is far removed from a star (Demeter is a light year from the nearest star, then mounting a good attack with solar winds powered craft becomes problematic; because once they stop they have no reasonable way to regain speed.

Meanwhile, back in the world of reality, it looks like headway is being made in the development of this technology. 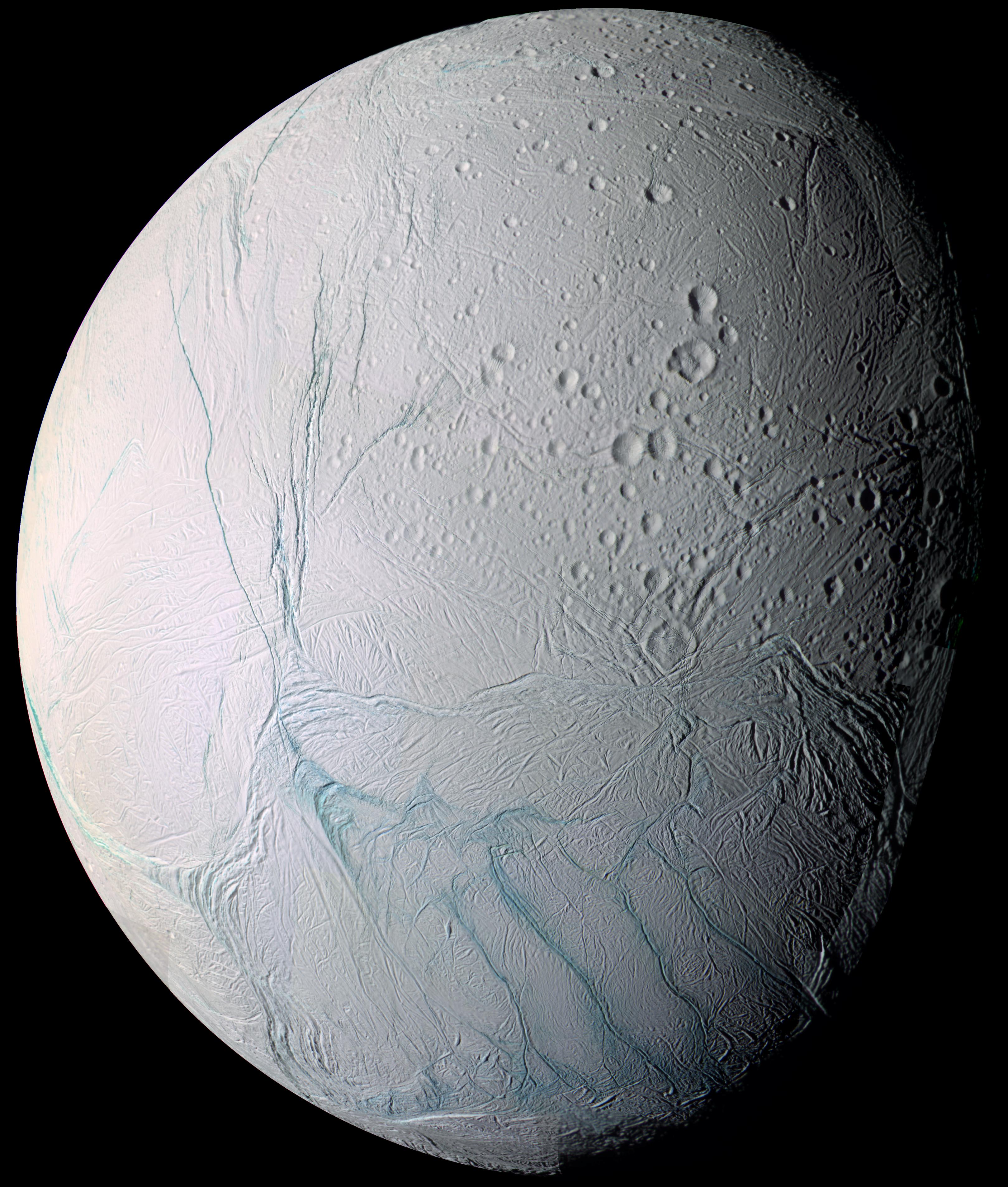 Aloha – Hydrothermal vents?  And where is Enceladus?  Enceladus is actually only about 1/3 the size of Ceres, where the Dawn Space Probe is starting to gather information within the Asteroid Belt.  This snowball looking world is one of the smaller moons of Saturn.  What has scientists excited is that within the water world of Enceladus are hydrothermal vents that have the potential of supporting life.  Not spacefaring Aliens, but microscopic organisms that might have the potential of surviving and even thriving in those specific parts of the Encelaus Ocean.  What do you think?  Do you believe we’ll actually find tiny shrimp within a moon of Saturn?  Doc

For the full article you can go to

Aloha – Well the kids in the backseat can finally be told they have arrived.  Their cross-inner-system drive to their vacation destination took a mere eight years.  You might remind the kids of that next time you’re on a family vacation.  If the child had been five years old when you left, they’d he a hormone laiden thirteen year old teenager now.  Of course, the good news is that the vacation will last sixteen months.

The Dawn Space probe, launched in 2007 has arrived in orbit at the largest asteroid, or a fair-sized dwarf planet, Ceres.  Ceres lies in the Asteroid Belt, and has a lot of people excited about what might be there.  The lights or reflections have created lots of speculation including my own.  The promise of plenty of water has also been long speculated or hypothesized depending our your scientific demeanor.

Well we’re here now.  We can go parasailing, water sliding, and anything else your heart can imagine.  Stay tuned as the vacation begins. 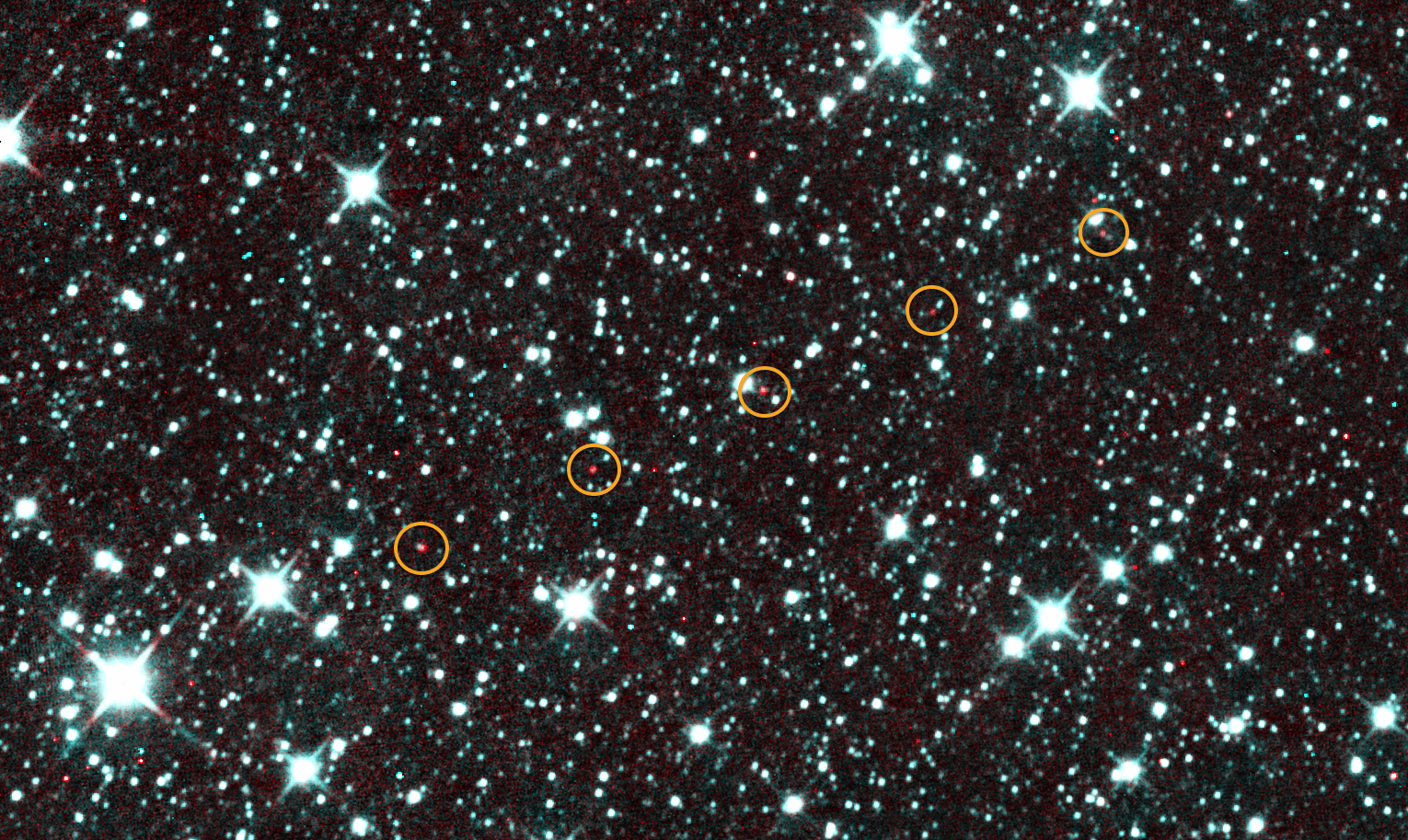 Aloha – Duncan Forgan says yes.  Frankly the article does not verify that Yarl is a second moon orbiting the Earth.  The article indicates that Yarl is one of a number of asteroids that pass by the proximity of Earth periodically.  If that is the case I think that Mr. Forgan’s hypothesis is flawed.  Yarl is one of the obscure Aten Asteroids that wander the inner part of the Solar System and were unknown until recently.  As intriguing as a 3 mile in diameter moon of Earth would be the information is either inadequate or unreported.  Another good sci fi concept nonetheless :o)  Doc

Aloha – Dawn has arrived, well almost arrived for its 16 month orbit of Ceres (largest asteroid or mini-planet) that is located in our Asteroid Belt.  This photo is taken at 29,000 miles.  The primary interest in this mission is whether or not Ceres does in fact contact more fresh water than Earth.  Considering it’s size I find that notion challenging but interesting.  Of late however, the focus has been on the lights coming from Ceres.  Hypotheses on what the light is has ranged from the probable (reflection of frozen water on the surface of Ceres to the extreme, peoples of Ceres signalling our approaching space probe.  As interesting as the latter idea is it does stretch my imagination to take that idea in.  If we continue to explore however, I would anticipate that such an event will eventually occur, but I personally don’t expect it to occur in our Solar System.  On the other hand, I’m becoming less convinced that we won’t find some form of life on other rocks in our Solar System be it Ceres, Titan or Europa.  Doc.

Aloha – Reuters ran a story today about the largest black hole ever discovered.  The story reports that this particular black hole is 12 billion times larger than our own Sun.  So the first question I had was how big is the Sun.  The best information I could gather was that it is approximately 1.4 million km in diameter.  Okay, so we’re talking a diameter of approximately, so that makes the diameter of this black hole about 16.8 billion miles.  All by itself that doesn’t mean much to me either.  I need some perspective on this to understand.  Next thought, how far is it from the Earth to the Sun?  93 million miles or roughly 150 million km.  Looks like we have to further.  Okay, what is the approximate diameter of the entire Solar System?  The depends on how you define the Solar System (9-15 billion km).  Okay, now I have some sort of lens to compare this to.  The largest black hole would swallow up our entire Solar System and more.  Pretty darn big.  Doc